We like to tell folks that Old Fashioned Killebrew Beverages are as American as baseball and apple pie. They ought to be, after all, our ingredients start with pure natural spring water flavored with real Minnesota honey, and Killebrew Root Beer and Cream Soda are quality brewed right here in the heart of the Midwest!

Killebrew Beverages are available at major grocery chains, liquor retailers and a growing number of fine restaurants throughout Minnesota, Wisconsin, Iowa and the Dakotas. Additionally, Killebrew’s all American taste can be savored while enjoying the all American pastime! Target Field concessions and restaurants offer Killebrew Beverages during the Twins season, where they have been a real hit with fans!

A spokesperson for the Minnesota Twins was quoted saying, “Harmon’s name is synonymous with the great history and tradition of our organization. Having Killebrew Root Beer available to our fans at Target Field seems only natural since it is also brewed right here in Twins Territory.”

Living Social’s list, ‘365 Things to Do in Minneapolis’, includes the advice, “Toss back a cold, frothy Killebrew Root Beer, and try not to spill too much when you jump out of your seat to do the wave.”

Killebrew Root Beer and Cream Soda are made and marketed with very high standards to honor the tradition of excellence established by the product’s namesake, the legendary Hall of Famer, Harmon Killebrew. Harmon was a personal fan of these fine beverages and proudly promoted the brand that bore his name. RJM Distributing is proud to ensure that Killebrew Beverages always deliver the Hall of Fame Taste we’re known for. Try a Killebrew Root Beer or Cream Soda today. We’re confident you’ll agree it’s a hit all year round! 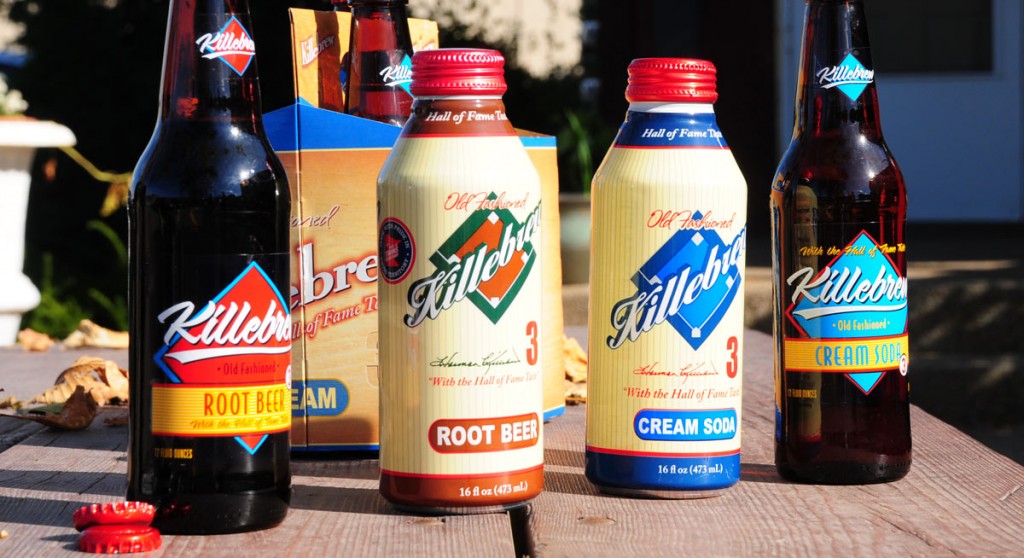